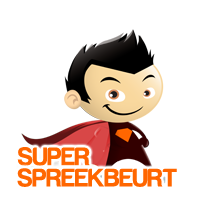 In the beginning of the book, the animals chase the farmer, Mr. Jones away. They were tired of working too much and not being fed properly. Days go by without Mr. Jones, and the animals are full of optimism. However, after some time, the pigs, who are the smartest animals on the farm, gain too much controll. By the end of the book the pigs have turned into humans – their archrival at the beginning of the revolution.

Where and when novel begins: On the Manor farm, the exact year is not told.

Where and where novel ends: You would think it would end on the Animal farm, but it ends where it began, on the Manor farm, about three yaers later.

Name: Napoleon
Age: Young
Appearance: When the animals start working with the rebellion, he is one of the leaders.
Occupation: Napoleon is one of the leaders.
His purpose within the world of the novel: Napoleon is the power-hungry pig who wants everything for himself. He wants to have everything, be what he wants and doesn’t care about the animals on the farm who aren’t pigs.
What I liked/disliked about the character: I didn’t like Napoleon. In the beginning of the rebellion he seems like a good leader, but after a while he gets power-hungry and turns out to be a pig who only cares about himself and gets everything his way. He is not very nice to the other animals on the farm either – he chases Snowball away and steals his idea of the windmill and he gets the dogs to kill other animals.

Name: Snowball
Age: Young
Appearance: When the rebellion starts, he is one of the laeders.
Occupation: One of the leaders of the rebellion.
His purpose within the world of the novel: Snowball is the nicer leader, but not the ideal. He and Napoleon learn how to read and write and Snowball is the one who draws the windmill.
What I liked/disliked about the character: Snowball seems much nicer than Napoleon and I think Snowball would have been a much better leader than Napoleon turned out to be.

Name of favourite character: Boxer
Character summary of favourite character: Boxer is one of two horses on the farm. He isn’t one of the smartest animals, but he is the one who works the hardest. He has two mottoes: “I am going to work harder” and “Napoleon is always right”. I think the last motto is what makes him seem weak, because he always agrees with Napoleon and does what he says.

The author is the norrator. He doesn’t go especially into one of the animals’ head, but somehow you know what every animal’s point of view is, without reading it in words. You see the farm from the outside, but still you feel like you’re on the inside of every animal.

As I see it, the key moment is the last paragraph. That is when you realize how long the pigs have gone in turning into humans. I also think that it is in this paragraph the other animals understand that they have to do something against the pigs.

The central theme of “Animal Farm” is not hard to understand. It is about the rise and fall of the Soviet Union. You see how the animals are happy at first, but then get tired and troubled like the Russian people during the Russian Revolution.

Conflict and resolution: There are many conflicts in Animal Farm and I will write about the two that I look at as the most important. The first is in the beginning of the book – the rebellion. The animals on the farm chase Mr. Jones away and after they have done that, the problem is solved. The second isn’t solved at all: In the end of the book the animals see the pigs have a fight with the humans and they can’t see any difference between them. I think a new conflict is created at this moment and you, as the reader, must guess what happens next.

Assessment and Recommendation: I would recommend this book to everyone – kids, teenagers, parents and grandparents – even the ones who don’t like reading should read this book. I think the book would capture even them and make them go on reading. Usually when I read a book for my book review at school, it gets boring because I have to read it, but “Animal Farm” was a great book. It is a book for people who like to laugh and for people who like crying – “Animal Farm” has it all!